Software, AI, and Art - The Future of Creativity?

As the storm rages on in the world of art, we are left to ponder the impact of AI-generated images. Between software and artists, what is the future of creativity? 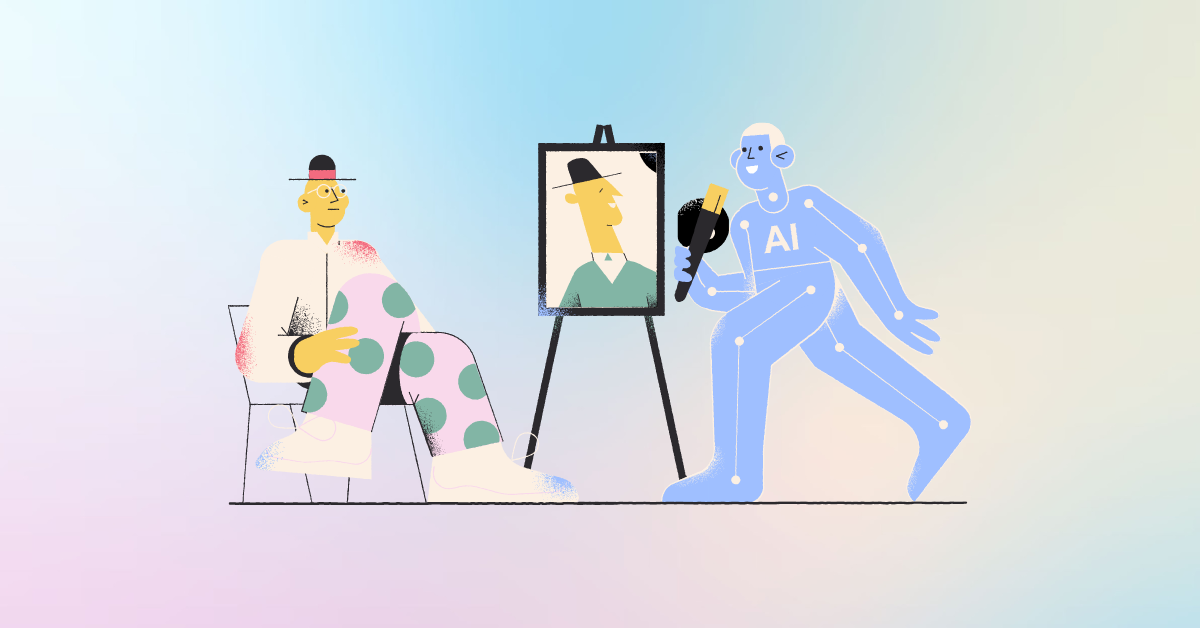 DALL-E 2, Midjourney, and Stable Diffusion are just a few examples of AI-powered tools among the throngs that were recently introduced to the visual arts. The growth of their use is exploding and the consequences are tectonic in scope.

While AI and natural language processing have been used to create poetry, fiction, and music, art, specifically visual art, by far has garnered the most success (and controversy). These pieces are stunning, inspiring, thought-provoking, and, most importantly, they are indistinguishable from art made by humans.

Is it possible that artificial intelligence can not only rival, but outperform, humans, in a tiny fraction of time and on a much bigger scale, in a domain that is considered to be the crown of human creativity?

Defining art has always been problematic, but the general consensus seems to be echoed by the Oxford Dictionary, that art is "the expression or application of human creative skill and imagination, [...] producing works to be appreciated primarily for their beauty or emotional power".

Before changing dictionaries to reflect the artistic prowess of DALL-E 2 and the likes, let us step away from dry definitions and think about what really makes art.

Ultimately, art is a composition, a piece created with intention and with the purpose of evoking an emotion. It is subjective, it encompasses different ideas and views, and it evolves over time. From porous chalk on cave walls over plant-extracted colors all the way to digital cameras, art has preserved its essence even though the media and the tools have changed.

So, is art less art if artificial intelligence is "holding the brush"?

Artificial intelligence learns by analyzing data. Software that generates art is no different.

Having scanned a huge number of images, the AI has learned to recognize certain features, motifs, and styles. Just like any student of art, the AI needs to master the techniques first. What differs between AI and an artist are speed, memory, and scale. Where humans take decades to hone their craft and master a single style, the AI is done in minutes.

It should not come as a surprise then if we find ourselves unable to spot a difference between a work of art made by a person and one made by software, and this is precisely what has disrupted the art community.

Last month, artwork made by the AI won first place at the Colorado State Fair's competition. Needless to say, this caused major concern for many artists. Jason Allen, the person who submitted the art, used Midjourney to create the image titled "Théâtre D'opéra Spatial". While the question whether it is fair for the AI to compete in the same category with the humans is open for debate, the award seems to have settled the question whether AI-generated images are art.

The Issues with AI-Made Art

The obvious one is ownership. Even if we admit that the AI is capable of creating art, we still haven't figured out who owns it. Is it the person who gave the textual prompt? The company behind the software? The software itself? Or do all entities involved share it?

The US Copyright Office still does not recognize the possibility of non-human entities owning copyright, a sentiment shared by lawmakers around the world. Whether this practice gets changed in the future remains to be seen.

Also, since every image created by the AI has elements of art made by real people in them, are AI paintings in breach of copyright? Especially if the analyzed artists have spoken out against these tools, as Simon Stålenhag did.

A perhaps more subtle issue is biases inherent to AI. How the AI tackles the issue of race, gender, ethnicity, culture, and identity is dependent on the data it was fed. In other words, without human intervention, the software will reinforce stereotypes and do nothing to prevent abuse.

Stable Diffusion creators have decided to ditch filters and censorship in favor of free speech and freedom of expression. Albeit noble, this could pave the way towards abuse, non-consensual or inappropriate deep-fakes, depictions of violence, and worse.

Naked Trump? Super-realistic deep-fakes of controversial events? A prank made by your friends gone viral?

Let's stop right there, but you get the idea. Without human surveillance, the AI that generates art can do harm as well as good.

The Future of Creativity

In 1859 Charles Baudelaire, one of the precursors of Modernism in arts, wrote a scathing essay against photography. Among other things, he claimed that it would provide every painter who was too lazy or insufficiently skilled with the mastery of a genius in painting. Sounds familiar?

History would prove him incorrect as not everyone can create art with photography. On the contrary, the invention of the camera became a springboard from which many other forms of art would proliferate.

New inventions have become assets in the artistic process, not artslayers. Ultimately, it has been reiterated time and time again - image-generating AI is meant to be used as a tool only, not a replacement for live artists.

The greatest contribution of image-creating AI is democratization of art. Art-generating software will provide those in a creative block with ideas, those with ideas will be provided with the means to realize them, and those with both ideas and technical know-hows will be able to draw more quickly and efficiently.

Just like DALL-E 2, Midjourney, and Stable Diffusion, Skippet also aims to democratize the use of AI.

As knowing how to paint is no longer a prerequisite of creating art, so should not knowing how to code never again be an obstacle between you and making custom software.

Does making software without coding, like creating art without drawing, sound interesting to you? Join our waitlist!