The story of how a natural language processing software single-handedly reshaped art as we know it. 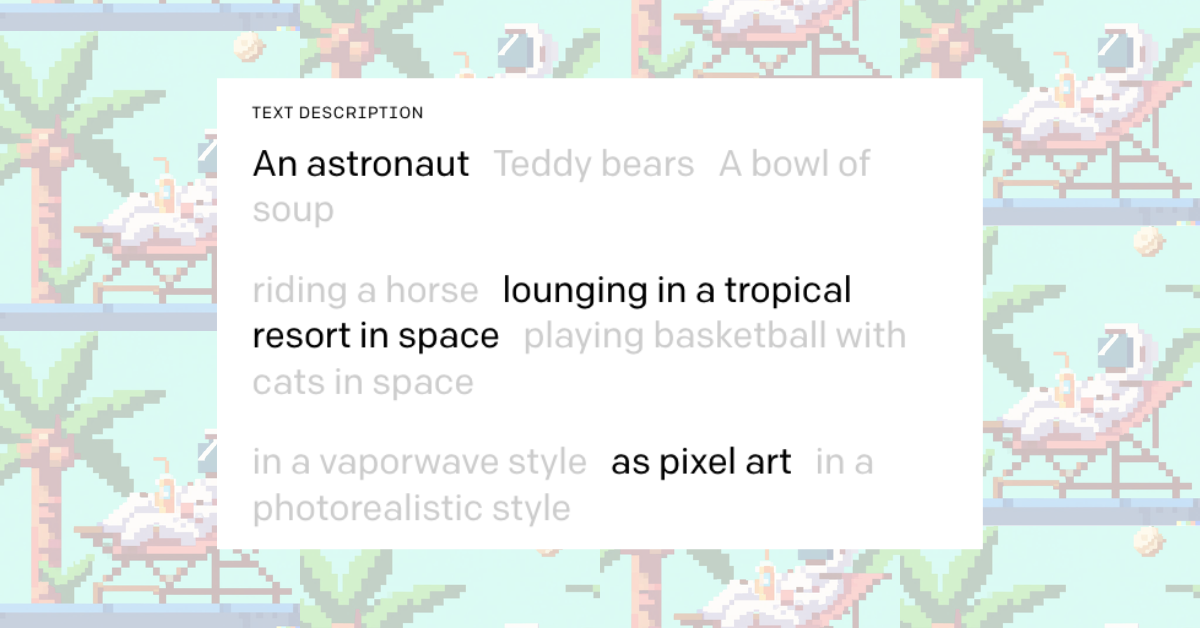 You must have heard of DALL-E 2. The Internet is abuzz with excitement about it. Some think it fascinating. Some are throwing sticks and stones. Some have already embraced the idea. No one has been left indifferent.

The gist of it is mesmerizingly simple. DALL-E 2 is an AI that turns descriptions in plain English into images.

The consequences of it have shaken the foundations of the creative community. The images that DALL-E 2 produces are realistic, detailed, and varied in styles and manner. From a copyrightable stock image that every business needs to the last selfie ever taken, the software can take virtually anything that comes up in your mind and "paint" it.

DALL-E 2's secret lies more in words and images and the relations between them than in taking pictures or painting. In order to teach the AI how words correspond with images, the program was trained on an exhaustive library of images with captions and descriptions. The "painting process" starts with a random pattern of dots that are gradually iterated on until the image matches aspects the AI has recognized from the text input.

While this may sound crude, the results are awe-inspiring. DALL-E can visualize anything and in any visual style. It emulates famous painters, produces stunningly real "photos", and brings to life seemingly impossible concepts.

Which begs the question; can it be called art if it creates concepts that the human mind struggles to imagine? Salmon sashimi Nike sneakers stalked by a hungry bear, for example.

A Tool or a Replacement?

Saying that DALL-E 2 has caused an uproar in the visual arts community would be an understatement as many artists fear for the longevity of their profession.

After all, the software is cheaper, quicker, and more versatile. Couple that with the fact that you can't notice any difference between the works of DALL-E 2 and a skilled human and you have essentially changed the concept of art as we know it.

OpenAI, the company behind the project, has even extended the rights for commercial use to users. In other words, you can monetize the images created by DALL-E 2. Will businesses still pay salaries when they can get "the same thing" much faster and for a fraction of the cost?

However, as the debate on who is the owner of the images rages on with opinions polling on the company, the users, and even the program itself, the issue of rights seems far from settled.

And its creators deny that DALL-E 2 will take over artists' jobs. As they said, the software is intended as a tool that "enhances and extends the creative process", not something meant to replace humans.

Another reason why we (still) can't delegate art to the AI is that the software still has room for improvement, with particular concern being put on bias and safety.

Our world has been wrapped in issues of all kinds for a while now, which is all reflected in the data we have. While text inputs such as "a photo of an astronaut riding a horse in space" produce mostly entertaining effects, inputs that include war, violence, or protests usually end up on the other end of the fun spectrum.

Biases are certainly an issue, especially those related to race, gender, and religion. On "the CEO" prompt DALL-E 2 used to depict mostly white males, for example. This is by no means accurate and by no means right.

OpenAI has since trained their software to censor or at least limit the reach of sensitive content and battle the biases inherent in the data it has analyzed, but the ethical implications remain.

Want to harness the power of AI and natural language processing to improve your life? Join our waitlist!